When you save on time and cost, it’s an experience to savor. Ajinomoto Foods’ trusted brands offer a wide range of frozen, ethnic appetizers, bites and handheld items to meet the needs of every operation.

When you save on time and cost, it’s an experience to savor. Ajinomoto Foods’ trusted brands offer a wide range of frozen, ethnic appetizers, bites and handheld items to meet the needs of every operation. 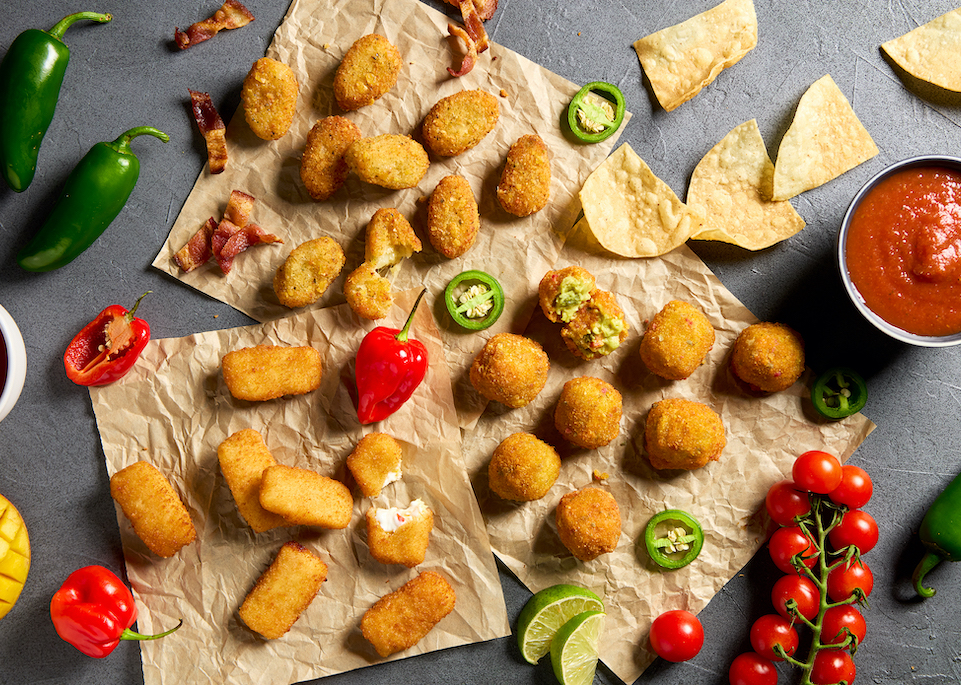 Ajinomoto Foods North America (AFNA) has been innovating prepared appetizers for more than 60 years. Our specialty is crafting global flavors for America’s foodservice operators in search of easy prep, flavorful appetizers and entrées.

THE NEXT GENERATION OF APPETIZERS HAS ARRIVED!
CRAVEABLE. CRISPY. CHEF-DRIVEN. CRAZY GOOD.

Fred’s Frozen Foods was founded in 1960 in Noblesville, Ind. The company originally manufactured a patented line of pork loin fritters that was sold to restaurants and drive-ins in the Midwest. With an increase in popularity, Fred’s started producing other popular appetizers including breaded mushrooms, zucchini circles and cauliflower.

In 1982, Fred’s introduced the FIRST breaded mozzarella cheese sticks – now a standard menu item in many establishments. Fred’s for Starters® continue to create many household and restaurant favorites. 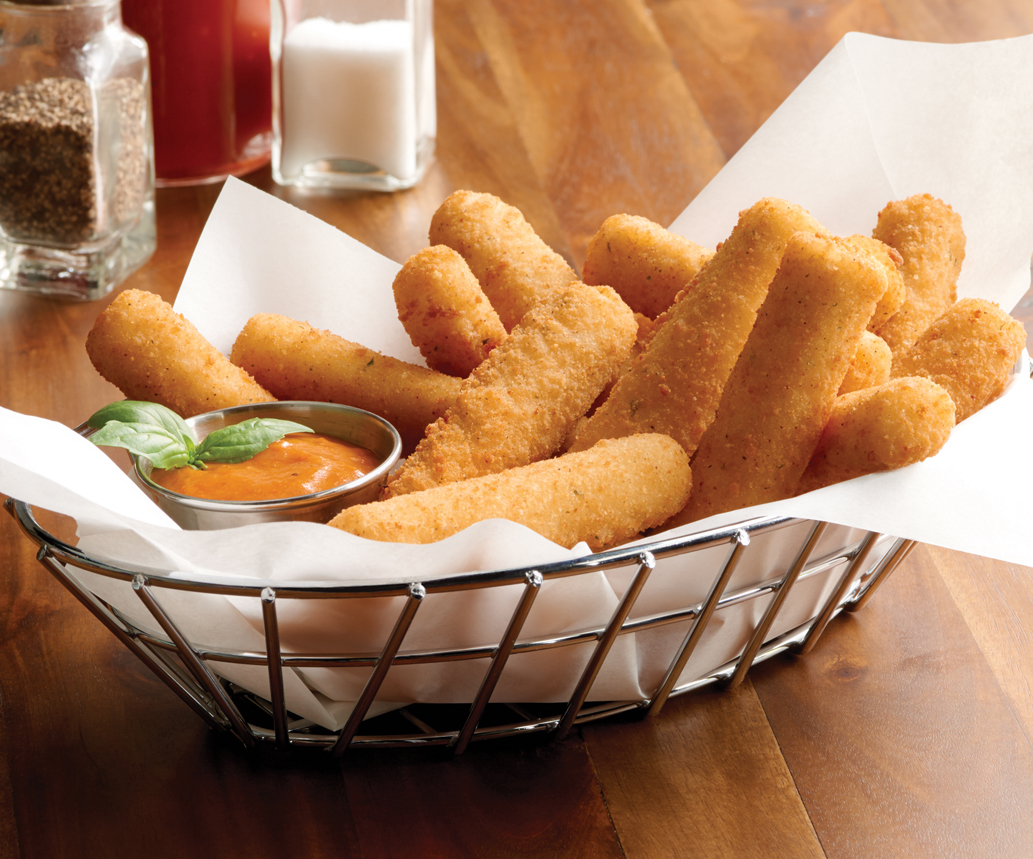 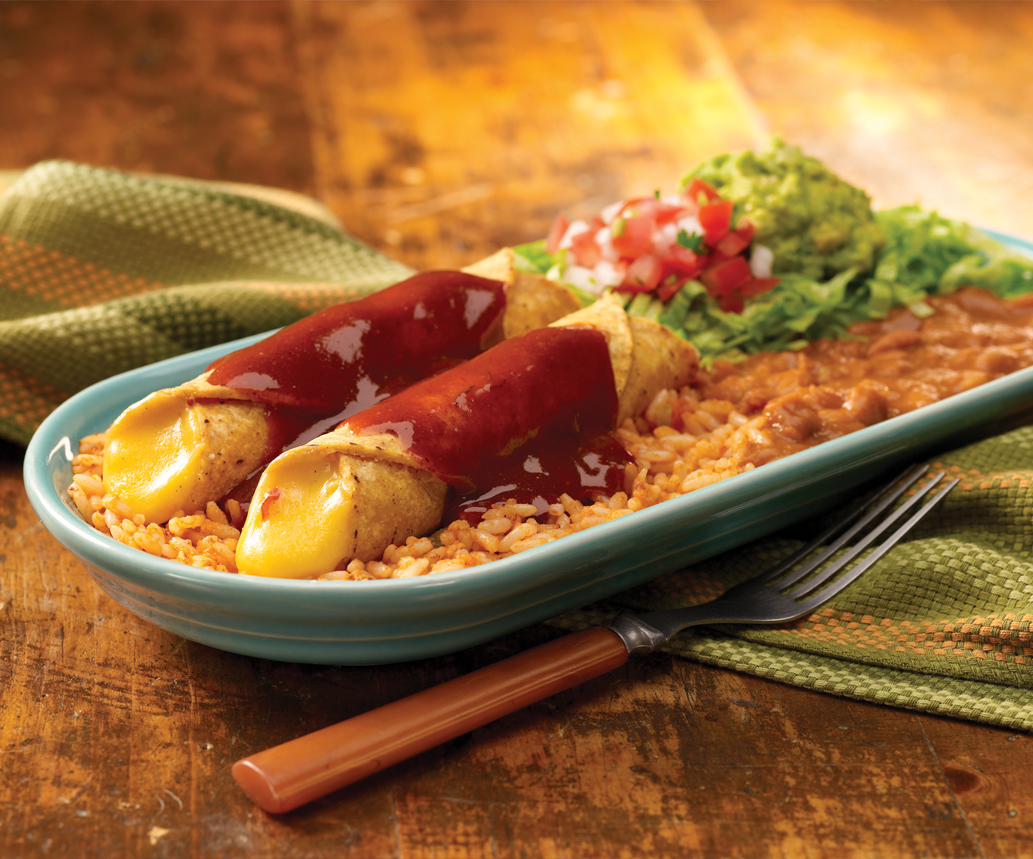 The POSADA brand was introduced in 1980 to serve a new premium, upscale market niche that redefined the frozen Mexican foodservice industry, shifting the product focus from cost to quality. Soon after, the company’s geographical coverage was expanded nationally from its previous focus on the Southwestern United States, and POSADA grew quickly into one of the most premium frozen Mexican foods products in the U.S.

Jean Lee’s family came to the United States in 1963, settling in Los Angeles. They opened a Chinese Deli, and it soon became one of the busiest restaurants in Chinatown. The restaurant was the first Chinese “fast food” concept, and they followed old family recipes, filling the kitchen with the scent of barbecue roasted pork, fresh seafood cooked in woks and stir-fried vegetables.

Jean Lee expanded the manufacturing part of the business to include a USDA facility, producing an extensive line of authentic Dim Sum and more than a dozen different varieties of Egg Rolls. Golden Tiger is another example of a fine family tradition translating into products that are now being sold nationally. Golden Tiger is one of the largest suppliers of Asian Dim Sum in as a result of many years of hard work by the Lee family. 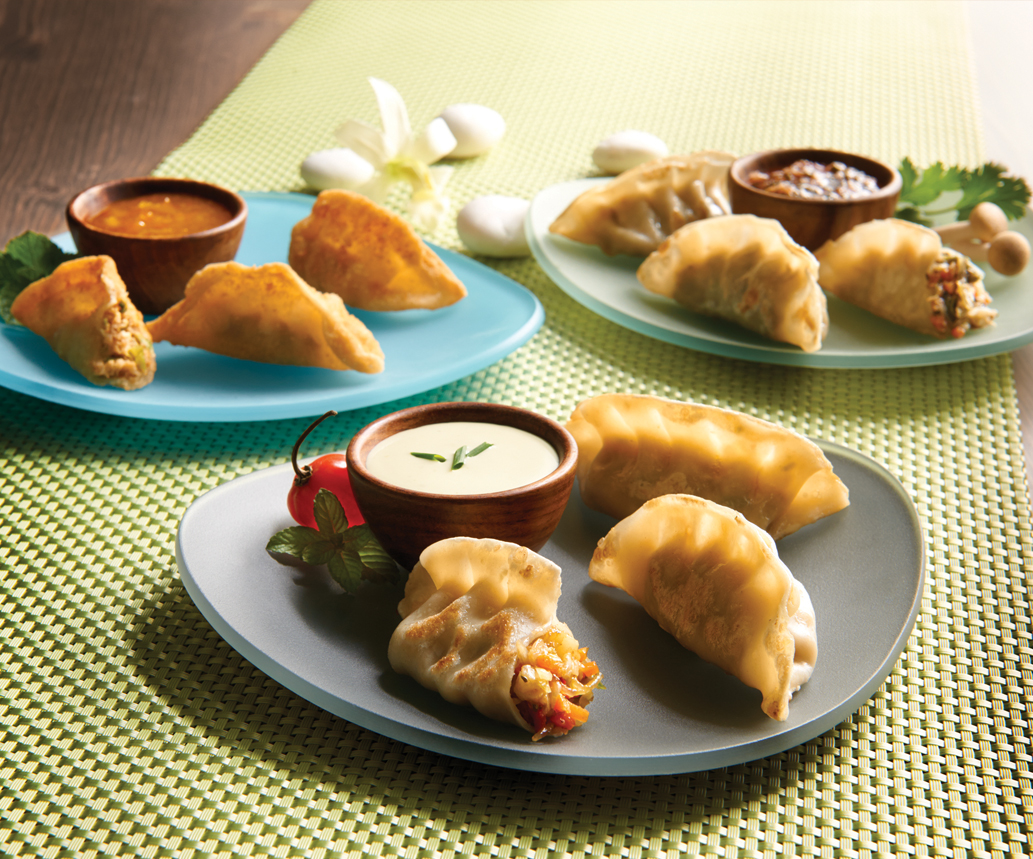 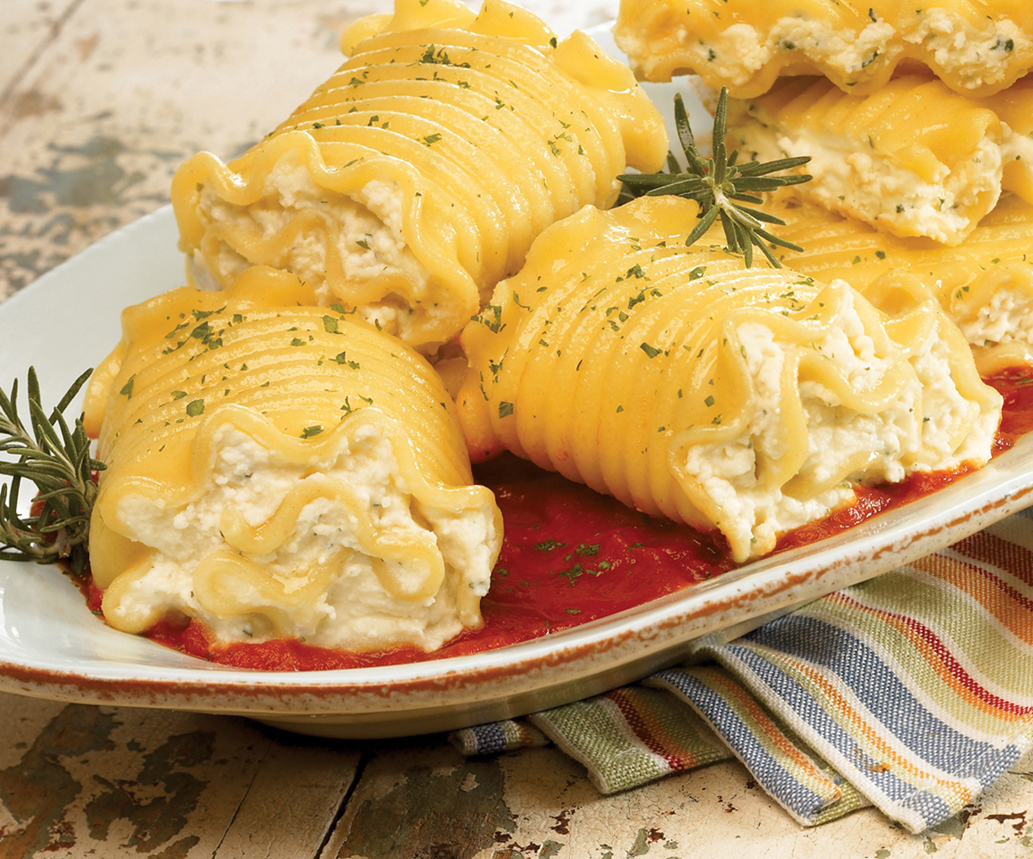 The Bernardi tradition was started at Mona’s, a quaint Italian restaurant famous for its tortellini and ravioli. For decades, people all over Illinois would converge on the small town of Toluca to enjoy Dick Bernardi’s signature family dishes. This demand turned into an opportunity to manufacture quality stuffed pastas and distribute Bernardi’s specialties to other restaurants across the country.

Today, the Bernardi family’s traditions live on in a company dedicated to preserving the legacy with the same care the family instilled in its popular Italian food.

The legendary taste of the Original Chili Bowl has been satisfying hearty appetites for more than 50 years. The Original Chili Bowl Restaurant in Tulsa, Oklahoma, began cooking chili back in 1947. Their original recipe started with fresh ground beef, blended with tantalizing herbs and spices, and was kettle-cooked over a slow fire.

Still made the same way, the Original Chili Bowl is then flash-frozen to seal in all the taste and flavor. 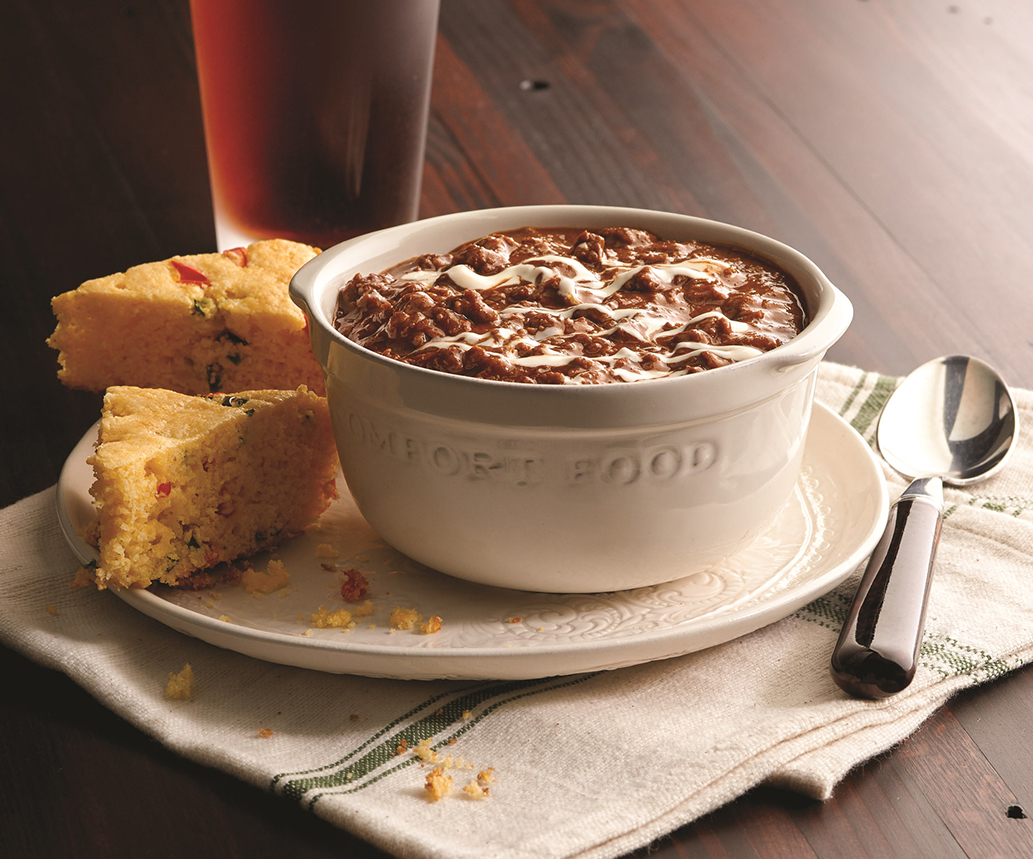 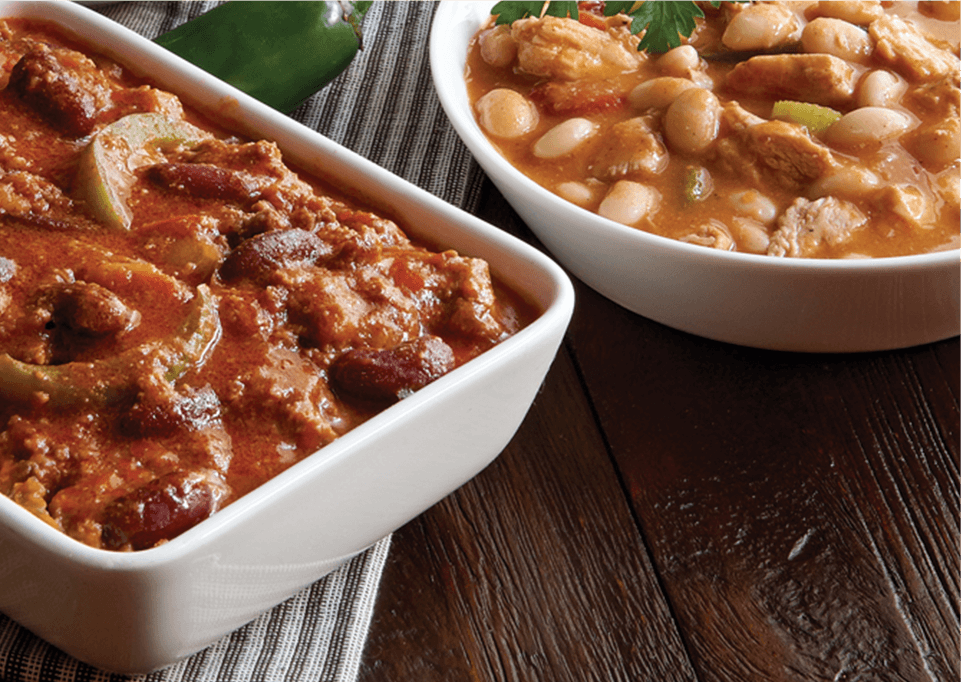 Whitey’s Premium Chili was founded by Harry “Whitey” Bigadza in a small bar in 1939. Bigadza opened his own tavern in Richfield, Ohio where Whitey’s Chili continues to spread famously across the state. Although Whitey’s Premium Chili is manufactured now, it is made with the original recipe, hoping to take you back to fond memories of much simpler times.